Music is my passion. 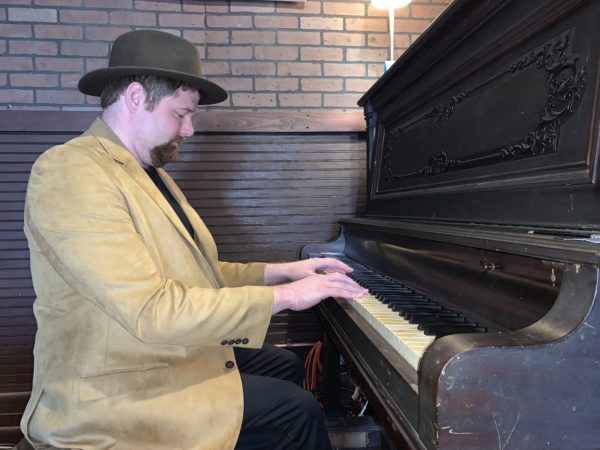 My father once told me to find something I love to do, find someone to pay me to do it, and I would never have to work a day in my life. I am following that advice in the field of film scoring.

My love for music began in my childhood and I began playing piano at age four. Labeled a child prodigy by the local media, I was performing concerts at age six.

I produced and recorded two CDs by age 14, the proceeds of which were donated to specific charities. As a result, I was nominated for a local volunteer of the year award in 2009. At 16, I became interested in film scoring. That interest has grown into a love for this musical genre.

I scored 19 films for Red Eye Film Productions. Those films have received awards and recognition from several outlets.

In 2018, I was selected as the Statewide Young Soloist of the Year, awarded by arts4all Florida (a private not-for-profit organization).

In early 2019, I created the original score for a 7-part mini-series titled Deathless, which is currently streaming on Amazon Prime. You can watch the series, available on demand here.

Later in 2019, I scored the film, Front Burner; winner of the 48 Hour Film Competition in Savannah, GA. Front Burner, can be found on my filmography page and premiered at the Filmapoloosa 2019 Film Festival in Rotterdam, Netherlands.

In late 2020, I scored the feature film, A Day in the Life, which will be released soon on multiple streaming platforms. The film’s trailer can be viewed here.

I am currently scoring an immersive theater play, The Savannah Underground, which is a theatrical sequence of 3 stories about Savannah Georgia’s dark history. You can find more information here.